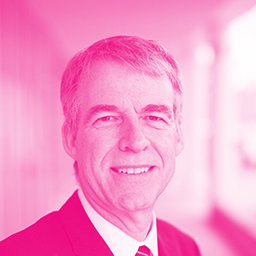 Tom Ross is the UPS Foundation Professor of Regulation and Competition Policy and the Director of the Phelps Centre for the Study of Government and Business in the Sauder School of Business at the University of British Columbia. An economist, he did his undergraduate work at the University of Western Ontario and earned his doctorate at the University of Pennsylvania in 1981. Professor Ross worked at the University of Chicago and Carleton University before moving to U.B.C. (in 1992) and spent a year as the first holder of the T.D. MacDonald Chair in Industrial Economics at the Competition Bureau in 1990-91 and a year as a National Fellow at the Hoover Institution at Stanford University from 1987-88. From 1993 to 1996 he served as Chair of the Policy Analysis and Strategy Division and, from 2008 to 2012, as Senior Associate Dean (Faculty & Research) of the Sauder School. He has received awards for his research from the Sauder School (Faculty Research Prize, 2001) and the University of British Columbia (Killam Research Prize, 2005) as well as teaching awards from the Sauder School (CGA Graduate Teaching Award, 2004) and from the MBA Class of 2004 (Outstanding Professor Award). His research in the areas of competition policy, regulation, industrial organization, public-private partnerships and experimental economics has been published in a number of scholarly journals. Through the Phelps Centre, Professor Ross is director or co-director of a number of important research and teaching initiatives, including the UBC Summer Conference on Industrial Organization and the Vancouver Competition Policy Roundtable. Professor Ross has also served as a consultant to a number of public and private sector organizations.