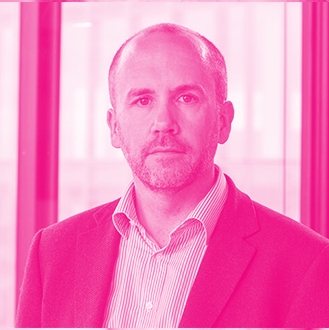 In his role as Venture Partner, located in our London office, Steve is responsible for researching exciting investment opportunities and supporting portfolio companies post-investment.

Steve spent his early career in technical positions in companies such as Bell Labs, Broadcom in the USA. He was co-founder and CTO of Icera Inc., which was acquired in June 2011 for $450m by NVIDIA. Post-acquisition, Steve was Senior Vice President at NVIDIA, responsible for modem development. He left NVIDIA in 2015 to co-found an autonomous car venture, Five AI, where was CTO, before leaving in 2017 to pursue other opportunities. More recently, he was a part-time EiR with BGF Ventures and co-founded Folio Intelligence, which develops machine learning-based algorithms for automated trading platforms.

Steve holds a Bachelor of Engineering degree in Electrical and Electronic Engineering, graduating with 1st class honours, and a Ph.D in Communication Theory both from the University of Bristol (where he is a Visiting Industrial Professor). In July 2013, he was elected a Fellow of the Royal Academy of Engineering which honours the UK’s most distinguished engineers and he has also been a Fellow of the Institution of Engineering and Technology since 2003. He is an internationally recognised expert in wireless communication, holding 45 granted U.S. patents in this field.