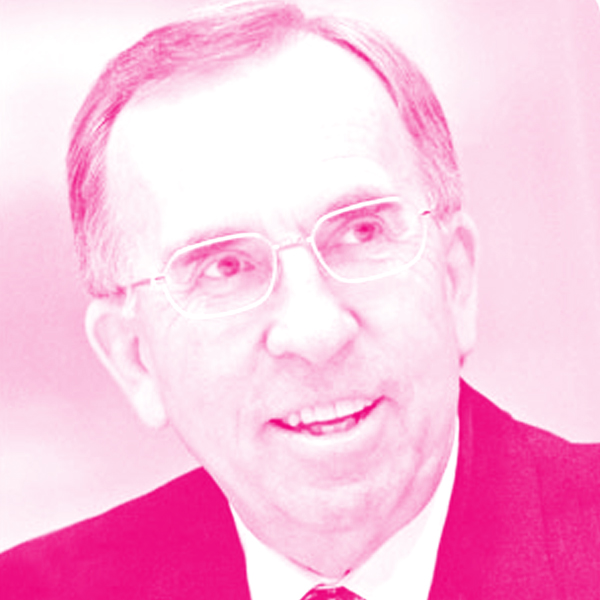 Mr. Richard Francis Haskayne, O.C., A.O.E., FCA, Board Chair Emeritus, University of Calgary, is the past Chair of the Board of TransCanada Corporation, retiring in April 2005. He was Chair of Fording Inc. from 2001 to 2003, retiring when the company was converted into a trust. He was Chair of NOVA Corporation from 1992 to 1998 when the company merged with TransCanada PipeLines Limited (TCPL). Mr. Haskayne was Chair of TransAlta Corporation from 1996 to 1998 and Chair of MacMillan Bloedel from 1996 to 1999 when it was acquired by Weyerhaeuser Company. Prior to 1992, Mr. Haskayne was Chair, President, and CEO of Interhome Energy Inc., an integrated energy company with two principal business units, Interprovincial Pipe Line and Home Oil. Before joining Home Oil as President and CEO in 1982, he had spent more than 20 years with Hudson’s Bay Oil and Gas in various positions and was elected President of the company in 1980. He has served as director on 20 public company boards; among them Manulife, AEC, Crestar, EnCana Corporation, Weyerhaeuser Company, and the Canadian Imperial Bank of Commerce. He was a Trustee of AHFMR (Alberta Heritage Foundation for Medical Research), a board member of the Hotchkiss Brain Institute, and has served as an Advisory Committee Member for the Order of Canada.

Raised in Gleichen, Alberta, Mr. Haskayne received a Bachelor of Commerce Degree from the University of Alberta in 1956 and qualified as a Chartered Accountant in 1959. He is a Fellow of the Canadian Institute of Chartered Accountants, a Fellow of the Institute of Corporate Directors, a member of the Financial Executives Institute, and was a member of the CICA (Macdonald Commission) to Study the Public’s Expectations of Audits. He was Chair of the Board of Governors of the University of Calgary from 1990 to 1996 and now holds the title Board Chair Emeritus.

Mr. Haskayne is Past President of the Calgary Petroleum Club and a life member of the Alberta Children’s Hospital Foundation. He was appointed an Officer of the Order of Canada in 1997. In 1994, he received the Canadian Business Leader Award from the Faculty of Business at the University of Alberta and subsequently an Honorary Doctorate of Laws. He also holds an Honorary Doctorate of Laws from the University of Calgary. In 1997, he was the recipient of the U of C’s Faculty of Management /Calgary Chamber of Commerce Distinguished Business Leader Award. In 2001, the University of Calgary honoured him with The Richard F. Haskayne Chair in Accounting, and in 2002 the Faculty of Management was renamed the Haskayne School of Business.

The Institute of Chartered Accountants awarded him their Distinguished Service Award in 1995 and their Lifetime Achievement Award in 2001. He has also received the Distinguished Citizen Award from Mount Royal College and was made an Honorary Member of the Association of Professional Engineers, Geologists, and Geophysicists of Alberta. In 2004, Mr. Haskayne was the recipient of the Woodrow Wilson Award for Corporate Citizenship from the Woodrow Wilson International Center for Scholars of the Smithsonian Institution. That same year, Mr. Haskayne was inducted into the Canadian Business Hall of Fame, and he and his wife, Lois, were honoured by the Association of Fundraising Professionals with the Generosity of Spirit Award in recognition of their philanthropy. In October 2005, Mr. Haskayne was inducted into the Canadian Petroleum Hall of Fame and the Calgary Business Hall of Fame. In 2006, he was honoured with the Alberta Order of Excellence. In 2005, a $1 million gift over 10 years was given to the towns of Gleichen, Cluny, and Bassano, resulting in more than 100 post-secondary scholarships to rural students and numerous community grants for beautification and community betterment projects for those rural communities. In 2006, 37 hectares of valuable Bow River frontage land (value in excess of $11 million) was donated to the City of Calgary for the future Haskayne Legacy Park. In 2010, an additional $2 million dollars was given to the city for the purpose of Park development costs. Mr. Haskayne’s book, Northern Tigers, Building Ethical Canadian Corporate Champions, written with Paul Grescoe and published by Key Porter Books, was released in April of 2007 and won a Bronze Medal at the 2008 Axiom Business Book Awards. The Petroleum History Society awarded it “Book of the Year” in 2007. In 2015, he received the City of Calgary Signature Award.