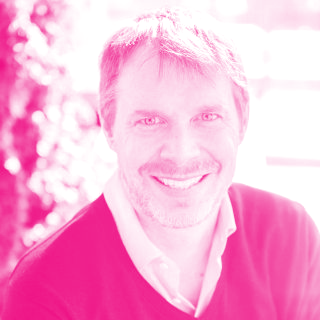 Dr. Peter Zandstra is the Founding Director of the University of British Columbia’s School of Biomedical Engineering and the Director of the Michael Smith Laboratories. Dr. Zandstra joined UBC from the University of Toronto where he was a professor and Canada Research Chair in Stem Cell Bioengineering in the Institute for Biomaterials & Biomedical Engineering. He also served as the Executive Director of Medicine by Design, the Chief Scientific Officer at the Centre for Commercialization of Regenerative Medicine (CCRM), and the Director of Research and Development at the Ontario Institute of Regenerative Medicine.

Research in the Zandstra Laboratory focuses on the generation of functional tissue from adult and pluripotent stem cells. Dr. Zandstra and his team have pioneered the field of stem cell bioengineering, which applies engineering principles to the study of stem cell biology.

Dr. Zandstra is the recipient of a number of awards and fellowships, including the Premiers Research Excellence Award (2002), the E.W.R. Steacie Memorial Fellowship (2006), the John Simon Guggenheim Memorial Foundation Fellowship (2007), the McLean Award (2009), and the Till and McCulloch Award (2013). He is a fellow of the American Institute for Medical and Biological Engineering, the American Association for the Advancement of Science, and in 2015 was made a Fellow of the Royal Society of Canada (Science). In addition to his role as a professor, Dr. Zandstra is interested in innovation and the process by which fundamental research can be catalyzed and translated for health and economic impact.

Dr. Zandstra has directly participated in cofounding three companies. The most recent is ExCellThera, a clinical-stage company that focuses on the development of technologies for robust and cost-effective blood stem cell-based therapies for leukemia and other blood diseases.