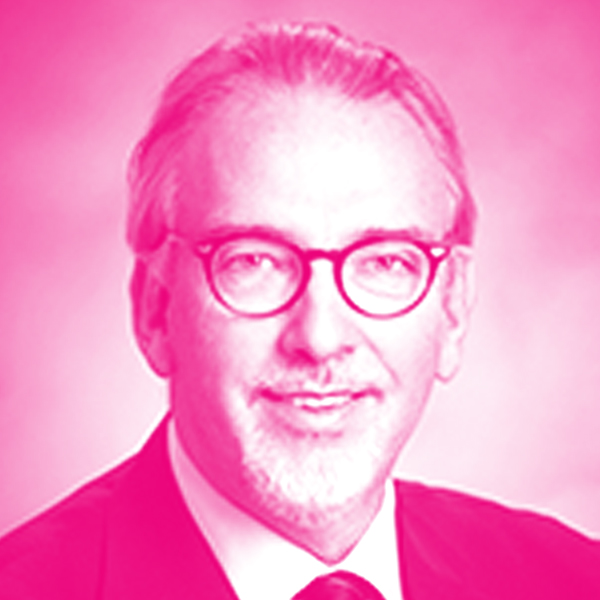 Jim Nicol began his career as a commercial lawyer with Blake Cassels & Graydon in the early 1980s. In 1987, he joined Magna International Inc. (a NYSE-listed automotive company), where he held various positions, culminating in chair of the executive eommittee. In 1992, he left to start his own public company, TRIAM Automotive Inc., which was acquired by Magna in 1998, and he returned to Magna as vice chairman, president, and COO. In 2002, Jim joined Tomkins plc. (a FTSE- and NYSE-listed engineering company with sales of approximately $9 billion and 40,000 employees worldwide) as its CEO and relocated with his family to London, England. When Onex Inc. and Canada Pension Plan acquired Tomkins in 2010 in a public-to-private transaction, Jim returned to Toronto to continue running the company. After selling a number of divisions of Tomkins, the remaining and largest division, the Gates Corporation of Denver, Colorado, was sold to Blackstone in 2014. Jim retired as the CEO of Gates Corporation in May 2015 and served as vice chairman of its board until December 2016. Currently, Jim consults on a number of industrial projects with his company Atala Advisers Inc. In addition to being a director of Tomkins plc. and Gates Corporation, Jim has been a director of Magna International Inc., Decoma International Inc., Intier Automotive Inc., Harrowston Inc., Anchor Lamina Inc., and Lions Gate Films Ltd. He is a past member of the Young Presidents’ Organization, the Chartered Management Institute, and the World Economic Forum (Davos) Board of Governors for Engineering and Construction.