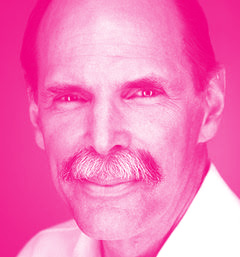 Geof Auchinleck has more than 35 years of experience in the medical device field.  He was part of the Vancouver-based team that built and tested the world’s first robot specifically designed to assist in surgery, then went on to develop a number of other surgical technologies, including surgical tools for laparoscopic surgery, surgical limb positioning, blood sample handling equipment, apparatus for total knee arthroplasty, and surgical drapes.

In 1997, Geof cofounded Neoteric Technology Ltd.  Neoteric developed and commercialized technologies for ensuring the correct storage, tracking, handling and administration of blood for transfusion in hospitals.  This technology, BloodTrack®, is now in daily use in hospitals all over the world.

Geof served as chair of the Medical Device Development Centre in Vancouver (www.mddc.org), for 22 years and continues to sit on the MDDC board. He is also a director of the AceTech Academy for Technology CEOs and an independent director of three medical device startups.

Geof holds 20 US patents for a wide range of medical devices and technologies. In 2012, Geof was awarded the Encana Principal Award by the Manning Innovation Awards Foundation, Canada’s highest award for industrial innovation, in recognition of his development of the BloodTrack transfusion system.