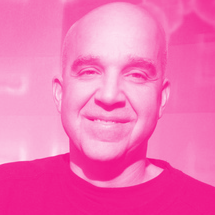 Dr. Kalmar has been an avid supporter of entrepreneurship in Canada for the past 25 years. He currently holds positions as an Entrepreneur in Residence for entrepreneurship@UBC and Innovation Boulevard, and is also a Mentor in Residence for Venture Connection at Simon Fraser University. However, his experience with biotechnology research and commercialization extends beyond that of his role as a mentor.

Throughout his career, Dr. Kalmar has been engaged in strategic consulting activities with several early stage pharmaceutical companies which included overseeing operations, implementing technology development and providing merger and acquisition planning. A testament to this is the 12 years Dr. Kalmar spent supporting the strategic goals for Genome BC. He has taken on roles as the Executive Director of Operations, Vice President of Sector Development, and Vice President of Entrepreneurship and Commercialization. He was also the President and CEO of the Pacific Autism Family Network which has solidified its presence as a centre for excellence and a top tier support system for individuals with Autism Spectrum Disorder and their families in British Columbia.

He is also on the board of a number of companies including MRMProteomics and HeadCheck Health.