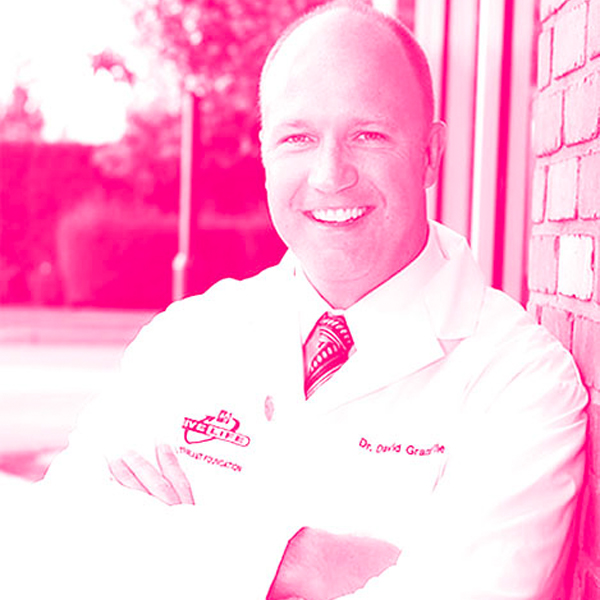 David Granville is a Professor in Pathology and Laboratory Medicine at UBC and the Associate Director of the Vancouver Coastal Health Research Institute. He is also a PI and Associate Director of the BC Professional Firefighters’ Burn and Wound Healing Research Group at the ICORD Centre at UBC. He completed his Ph.D. at UBC and his post-doctorate work at The Scripps Research Institute, San Diego, CA. David previously worked at QLT, Inc. (1994-2001) where his R&D studies supported the approval of Visudyne® to be used as the first treatment for macular degeneration, the leading cause of blindness in the elderly. In 1999 Visudyne® was approved by the FDA resulting in the largest ophthalmic product release in history. David’s research is referred to on the drug label for Visudyne®.

In 2001, David moved to Scripps where he discovered a novel therapeutic target for ischemia and reperfusion injury, which led to the formation of Radical Therapeutix (San Diego, CA). He was later recruited back to UBC as an Assistant Professor, Canada Research Chair and MSFHR Scholar to work at the iCAPTURE Centre (Currently the Centre for Heart Lung Innovation) in 2003-2016.

David has received numerous awards including a Tier II Canada Research Chair, Canada Top 40 Under 40 Award, Business in Vancouver Top Forty Under 40, Can. Assoc. Pathology Scientist Award, 2006 UBC Outstanding Young Alumnus Award, the 2007 SFU Academic Alumnus Award, and was a runner-up for the 2007 American Heart Association Louis and Arnold Katz Basic Science Prize. He has also been inducted as a Scholar of the Royal Society of Canada. David’s current research is focused on mechanisms of tissue injury, inflammation and repair and how aging, autoimmunity, diabetes, and immobility affect such processes. His research has led to the formation of the UBC-spin-off company, viDA Therapeutics of which he is a Founder and serves as the Chief Scientific Officer.