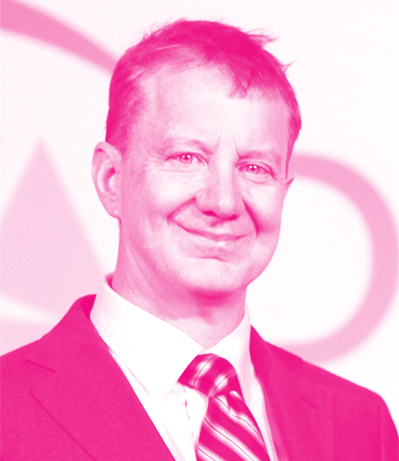 Professor Christopher Overall is a Professor and Tier 1 Canada Research Chair in Protease Proteomics and Systems Biology at the Life Sciences Institute, the University of British Columbia (UBC), and Canadian Institutes of Health Research (CIHR) Foundation Grant holder. He completed his undergraduate, Honors Science and Masters degrees at the University of Adelaide, South Australia; his Ph.D. in Biochemistry at the University of Toronto; and was a MRC Centennial Fellow in his post-doctoral work with Dr. Michael Smith, Nobel Laureate, Biotechnology Laboratory, UBC. He started his lab at UBC in 1993, where he remains happily entrenched. On Sabbatical in 1997-1998 he was a Senior Scientist at British Biotech Pharmaceuticals, Oxford, UK, and in 2004 and 2008 a Senior Scientist at the Expert Protease Platform, Novartis Pharmaceuticals, Basel, Switzerland and now Lab Scientist in the Creative Destruction Lab – West, UBC Sauder School of Business.

Professor Overall is best known for two related but distinct scientific achievements. The first is his development of new methods for discovery of protein substrates of proteolytic enzymes. The most notable of these are proteomic techniques including TAILS, PICS and ATOMS that allow identification of protease cleavage sites and substrates in vivo for the first time. Thereby he established the field of degradomics. The second is levering these techniques to reveal new and often unexpected biological roles for proteases in vivo and their aberrations in disease. Especially noteworthy was his demonstration that matrix metalloproteinases (MMPs) proteolytically process leukocyte chemoattractant cytokines known as chemokines. Processing either activates some chemokines or converts others to antagonists—a paradigm shift in which, rather than just degrading extracellular matrix, MMPs dampen inflammation culminating in restoration of tissue homeostasis. This has had broad implications for drug targeting and has resolved perplexing results on drug failures and side effects.

Professor Overall has published 258 refereed papers, including 28 high-impact Nature (1), Science (2), and daughter journal (25) papers, most as senior PI. His papers are highly cited (h-index of 85, ~26,000 citations, 2 > 1000; 31 >200; 70 >100), with >2,000 citations annually (Google Scholar). He has disseminated his lab’s findings by 222 keynote, plenary and invited talks at international and national conferences, and 209 invited seminars at Universities, Research Institutes and companies. He has trained 37 postdoctoral fellows, and graduated 13 Ph.D. and 5 M.Sc. students. As reflected by his publication quality, he has mentored his trainees to achieve their best, with 4 now Full Professors (2 Department Chairs), 3 are Associate Professors, and 8 are Assistant Professors.

In recognition of the significance of his work he was recipient of the 2002 CIHR Researcher of the Year Award; the 2011 International Proteolysis Society Lifetime Achievement Award; the Matrix Biology Society of Australia and New Zealand 2012 Barry Preston Award; and the 2013 IADR Distinguished Scientist Award. The significance of his novel proteomics techniques was further recognized by the Canadian National Proteomics Network Tony Pawson Award (2014); the Proteomass Scientific Society Award (2017); and the prestigious Human Proteome Organization (HUPO) Discovery Award in Proteomics Sciences (2017). He was appointed a Tier 1 Canada Research Chair in Protease Proteomics in 2001, a Senior Fellow of the Freiburg Institute of Advanced Studies (2010-2013), and an Honorary Professor at Albert-Ludwigs Universität Freiburg, Germany (2014). He was elected Chair of the MMP Gordon Research Conference (2003) and Chair of the 2010 Protease Gordon Research Conference, and was Co-Chair of the 2017 International Proteolysis Society Meeting, the premier conferences of his fields. He was elected to the HUPO Executive Council and to Co-Chair the Chromosome-Centric Human Proteome Project.