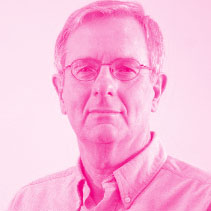 Dr. Alan Mackworth is a professor of Computer Science at the University of British Columbia. He was educated at Toronto (BASc), Harvard (MA), and Sussex (D.Phil). He works on constraint-based artificial intelligence with applications in vision, robotics, situated agents, assistive technology, and sustainability. He is known as a pioneer in the areas of constraint satisfaction, robot soccer, hybrid systems, and constraint-based agents. He has authored more than 130 papers and coauthored two books: Computational Intelligence: A Logical Approach (1998) and Artificial Intelligence: Foundations of Computational Agents (2010; 2nd Ed. 2017).

Dr. Mackworth is the chair of the International Scientific Advisory Committee of the AGE-WELL Network of Centres of Excellence and serves as a director on its board. He is on the Steering Committee of Stanford’s One Hundred Year Study of Artificial Intelligence. He was president and trustee of International Joint Conferences on AI (IJCAI) Inc. and is on its executive committee. He was president of the Canadian Society for Computational Studies of Intelligence (CSCSI) and president of the Association for the Advancement of Artificial Intelligence (AAAI). He has received the AIJ Classic Paper Award, the ITAC/NSERC Award for Academic Excellence, the Killam Research Prize, the CSCSI Distinguished Service Award, the AAAI Distinguished Service Award, the Association for Constraint Programming Award for Research Excellence, and the Lifetime Achievement Award of the Canadian AI Association (CAIAC). He served as the founding director of the UBC Laboratory for Computational Intelligence and is a fellow of AAAI, CAIAC, CIFAR, and the Royal Society of Canada.