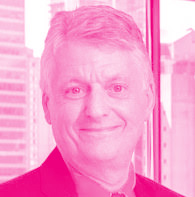 Jim Derbyshire’s international 43-year career includes 18 years as CEO of a variety of innovative, leading-edge startups using bootstrap, angel, and angel/VC-backed business models. In the last 14 years, he has raised over $100M of funding and been involved in multiple acquisitions, three of which he managed himself.

Jim has been primarily involved with businesses operating in the wireless, digital video, internet, IoT, EDA, and semiconductor spaces but now leverages the experience he’s gained from growing four successfully exited startups advising in these and other markets. Jim has also been named as one of the top ten “Rockstar” mentors by Startup Canada and continues to offer his invaluable advice through a variety of platforms including VentureLabs, New Ventures BC, and SFU’s Coast Capital Savings Venture Connection in addition to CDL-Vancouver.  Finally, Jim has worked for two short periods at UK and Canadian venture capital investors, has been since 1992 a selective angel investor, and currently sits on several private company boards.

Jim has a BSc (Honours) in Electrical and Electronic Engineering from Kingston University in the UK, is a Chartered Engineer and a Fellow of the I.E.T., participated in I.E.E.E. and E.T.S.I. standards groups, and has several granted patents.