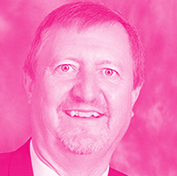 Dale Dusterhoft recently retired as President and CEO and a Director of Trican Well Service Ltd. He joined Trican at its inception in 1996 and prior to becoming CEO, was the company’s Senior Vice President of Technical Services. Mr. Dusterhoft was also a director of the Keane Group, a NYSE listed company until it merged with another US pressure pumping company in 2019. He is currently Chairman of the board of the Alberta Children’s Hospital Foundation and is a director of the Calgary Petroleum Club. He graduated from the University of Calgary in 1984 with a degree in chemical engineering. Mr. Dusterhoft is a past Chairman of the Canadian Energy Executive Association, past President of the Canadian Association of Drilling Engineers, past President of the Canadian Section of the Society of Petroleum Engineers and a past member of the Industry Advisory Board of the Schulich School of Engineering at the University of Calgary.