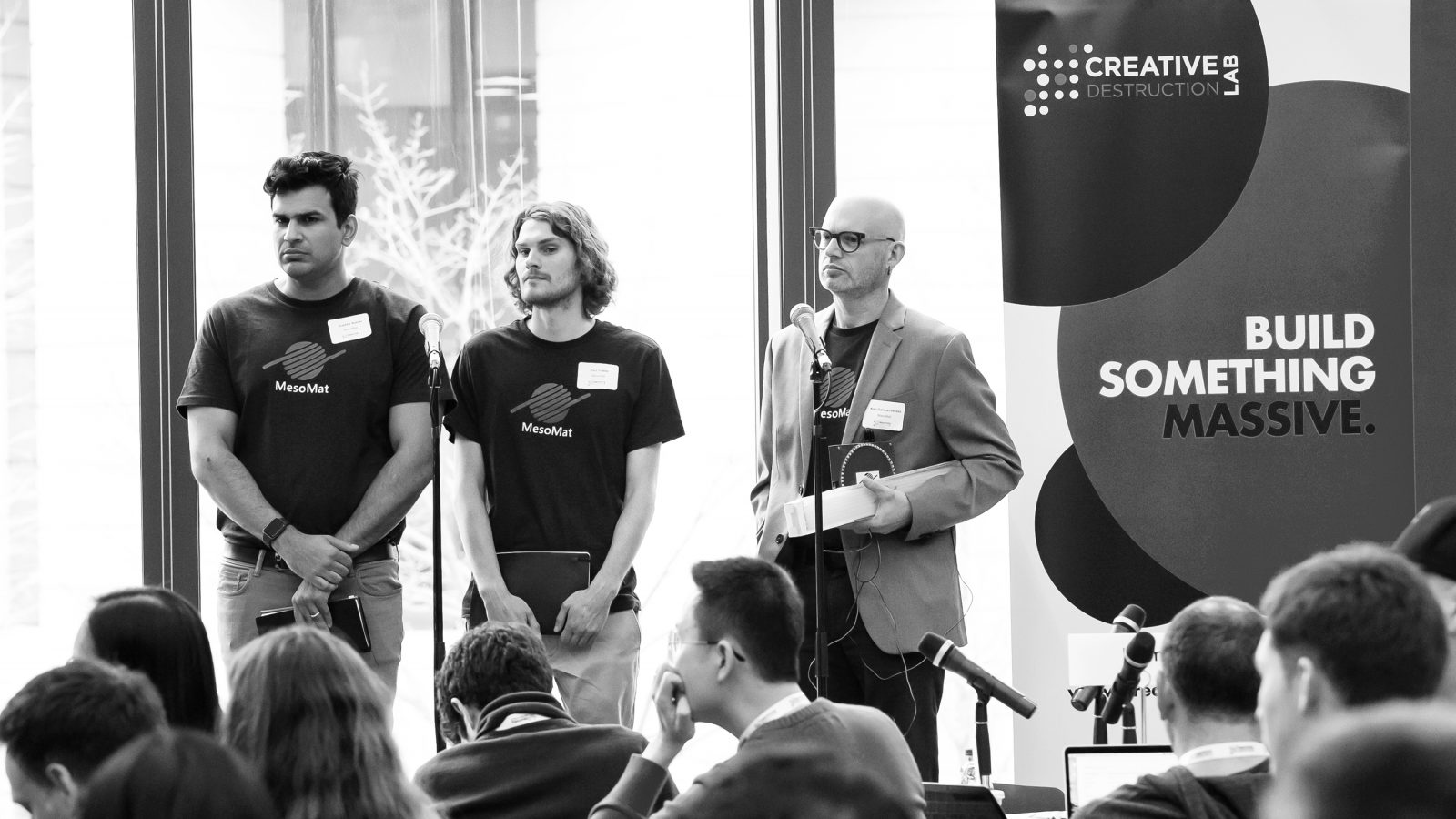 “Looking back, it’s hard to imagine where our company would be right now without CDL and the mentors who are continuing to support us today. We are in a position now where we have a clear vision for our company and the resources to effectively execute and scale our business.” The MesoMat team highlight's the company's journey in the CDL program.

When a research project they were working on together required a new type of material, physicist Paul Fowler and McMaster University professor Kari Dalnoki-Veress scoured the web to find what they were looking for — a highly stretchable, microscopic conductive fiber. To their surprise, their search came up empty. That’s when Paul, who had previously worked with Kari on his Master’s thesis, decided that he would create it himself.

It took several months of research and experimentation in their lab, but Paul and Kari eventually succeeded in creating the technology that is today the foundation of materials start-up Mesomat. Together with their Head of R&D, Clare Armstrong, they worked refining the technology and after a year, they were joined by their third co-founder, Sukhbir Kalirai, in January 2018.

Initially, they had explored the idea of incorporating the fibres into wearables but the idea, while promising, also proved problematic from a business perspective. It was not until they joined the Creative Destruction Lab program at the University of Toronto as part of the 2018/19 cohort that they realised a shift in direction was needed. They worked with fellows and associates in the program to redefine the company’s focus.

“It was a natural fit – we were the embodiment of the CDL mandate, which is to attract founders from universities that have an interesting technology they are trying to commercialize.”

Today, Mesomat is an advanced materials company that is built upon the technology Paul and Kari developed — a proprietary plastic-based wire that remains conductive even when stretched like a rubber band. The technology offers a myriad of applications, but MesoMat is focused on sensing and monitoring strain and degradation in materials, an area where their material and software solution has the potential to solve large problems in monitoring and measuring material performance. Fibers can be embedded into large assets, such as airplane wings or a wind turbine blade, in order to understand what’s happening within the material and how it is responding to its external environment.

‘Much tougher than we expected’

Getting into the CDL program is like a rite of passage for any start-up born out of a university lab. “It was a natural fit – we were the embodiment of the CDL mandate, which is to attract founders from universities that have an interesting technology they are trying to commercialize,” says Paul.

“The first session was much tougher than we expected. In general, mentors were very skeptical of wearables as a viable market and pathway to building a company. More than anything, you realise that having a neat, innovative technology is never enough. To execute, you need a true understanding of a real business problem that you’re looking to solve,” says co-founder Sukhbir. “CDL Fellow Ash Munshi, founder of Marianas Labs, was clear that we should shift our focus from wearables to focus on using the unique sensing properties of the fibres. While we had previously considered this as a potential application for our technology, it was Ash’s guidance that ultimately allowed us to recognize the magnitude of the market opportunity.”

A key mentor who supported Mesomat from the very first session was Michael Harries. His questions about Mesomat’s business and technology challenged the co-founders and spurred them to think about crucial areas such as manufacturing scalability. “The sense we got from mentors was: this is a cool product you created in a lab, but if somebody comes in tomorrow and orders a spool of your fibers, what’s going to happen?” says Paul. “While we had, of course, thought extensively about scalability, it was Michael who provided guidance on how to answer the question in a way that truly addressed the underlying concerns. He made us think about how to communicate and frame our answers in a robust way.”

‘Coachability is key to success’

“Michael isn’t a deep subject matter expert on material sciences, but we think that what he appreciated about the team was our enthusiasm, our openness and our willingness to learn and absorb everything that CDL could offer us,” says Sukhbir. “Our mentality has always been to listen to the advice and guidance of those who have had experience building and scaling a company. As first-time founders, we have always recognized the gaps in our knowledge and sought support when needed. We are committed to certain core beliefs that are important to us, but we remain receptive to both advice and criticism. Coachability is key to success. If you’re willing to listen and engage, you’re going to get a lot out of the CDL experience.”

After their first session, Mesomat did their homework on the market opportunity for using their material as a sensor, speaking with approximately a hundred people to validate how large the opportunity was. Then they rolled up their sleeves and built a prototype – a crucial step in showing the mentors how serious they were and also in demonstrating to themselves the potential for them in markets such as the aerospace industry.

“As first-time founders, we have always recognized the gaps in our knowledge and sought support when needed…Coachability is key to success. If you’re willing to listen and engage, you’re going to get a lot out of the CDL experience.”

“We also ensured we were maximizing our access to the talent in the room. Whether or not a mentor put their hand up, we made sure that if there were certain individuals we wanted to talk to, we made it a priority to engage with them,” says Sukhbir. “Michael Helander was one of those people. Michael has built a materials company and has an immense amount of expertise on how to scale a materials-focused business like ours. These kinds of connections at CDL – people who really understood our business – were invaluable, especially since we often found that people outside of CDL would apply assumptions that were not at all consistent with the focus of a materials company.”

After nailing down the market opportunity, Mesomat spent the next few sessions proving that their company was more than just a science project – that it was a business worth investing in. Working with mentors such as Dr. Chen Fong and David Byrd at Acequia Capital, they focused on delivering real validation rather than just an idea with some market opportunity.

“Our mentors pushed us to take our efforts to the next level and we did that. We identified real potential customers, we engaged with companies that were interested in our technology, executed NDAs and began commercial discussions with relevant decision-makers,” says Paul. “We were able to do that in part because of the connections provided by CDL mentors. People like Chen are incredibly valuable because they’re able to facilitate introductions to important contacts who are otherwise difficult to access. They’re also the mentors who spoke on our behalf when our company was featured at the CDL-Toronto Max in Session three, which was something absolutely crucial for us successfully raising money through the CDL network.”

By the end of the nine-month program, MesoMat emerged transformed. With a new and promising focus that CDL had helped them identify, the company had doubled its team, successfully closed an over-subscribed seed financing round and most importantly, positioned itself for future success.

“Looking back, it’s hard to imagine where our company would be right now without CDL and the mentors who are continuing to support us today.  We are in a position now where we have a clear vision for our company and the resources to effectively execute and scale our business.” concludes Paul.

Applications for the Creative Destruction Lab 2019/20 Prime and Specialized streams are now open. The deadline to apply is August 12, 2019. To learn more about the CDL program, attend one of our Live Information Sessions. 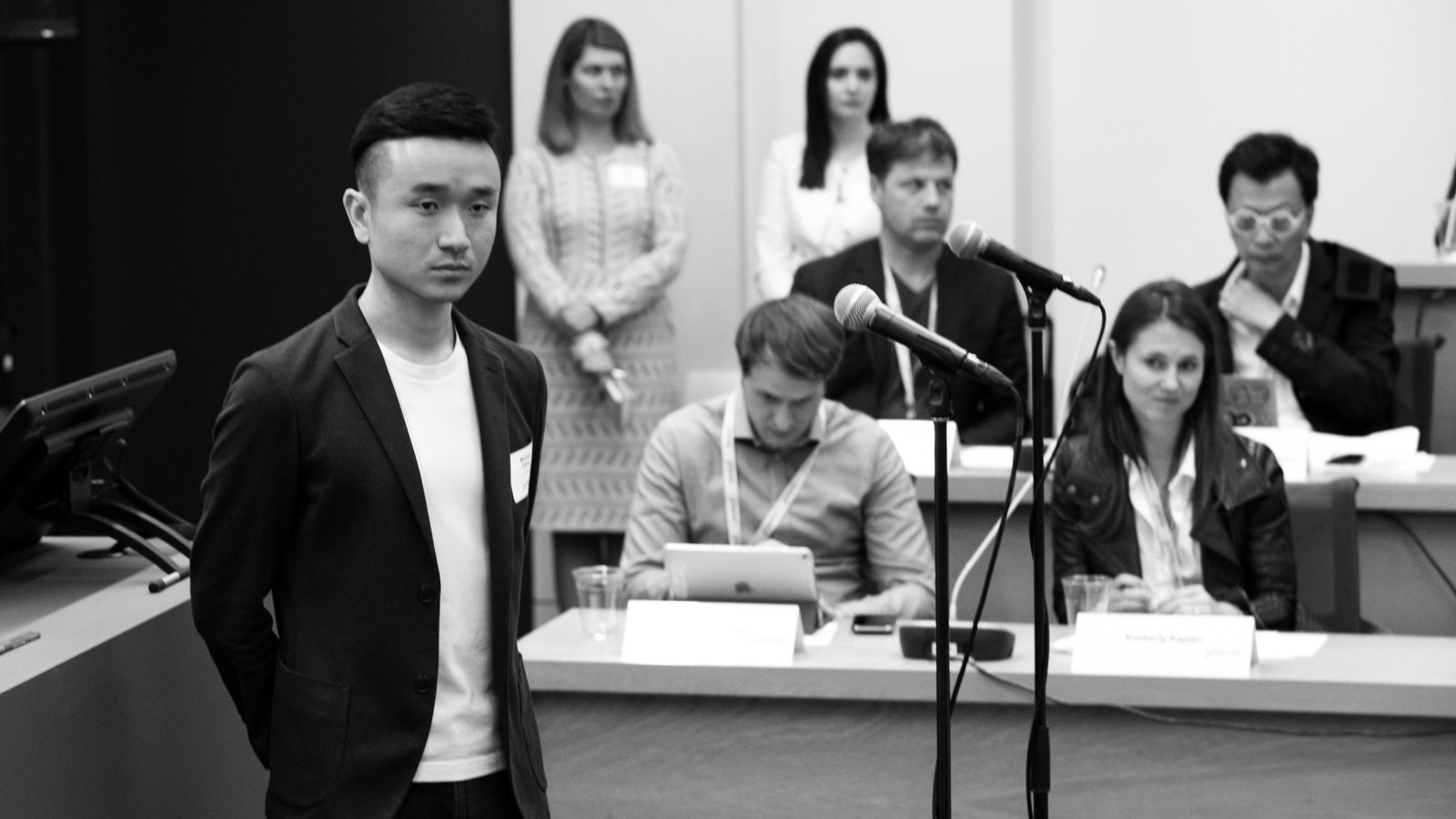 Mike Cheng is the CEO and co-founder of Lumen5, a startup that helps brands and businesses effortlessly create social videos through the use of their smart video creator. Cheng decided to take Lumen5 to the next level by entering the CDL-West program — and the company emerged with some pretty amazing results. 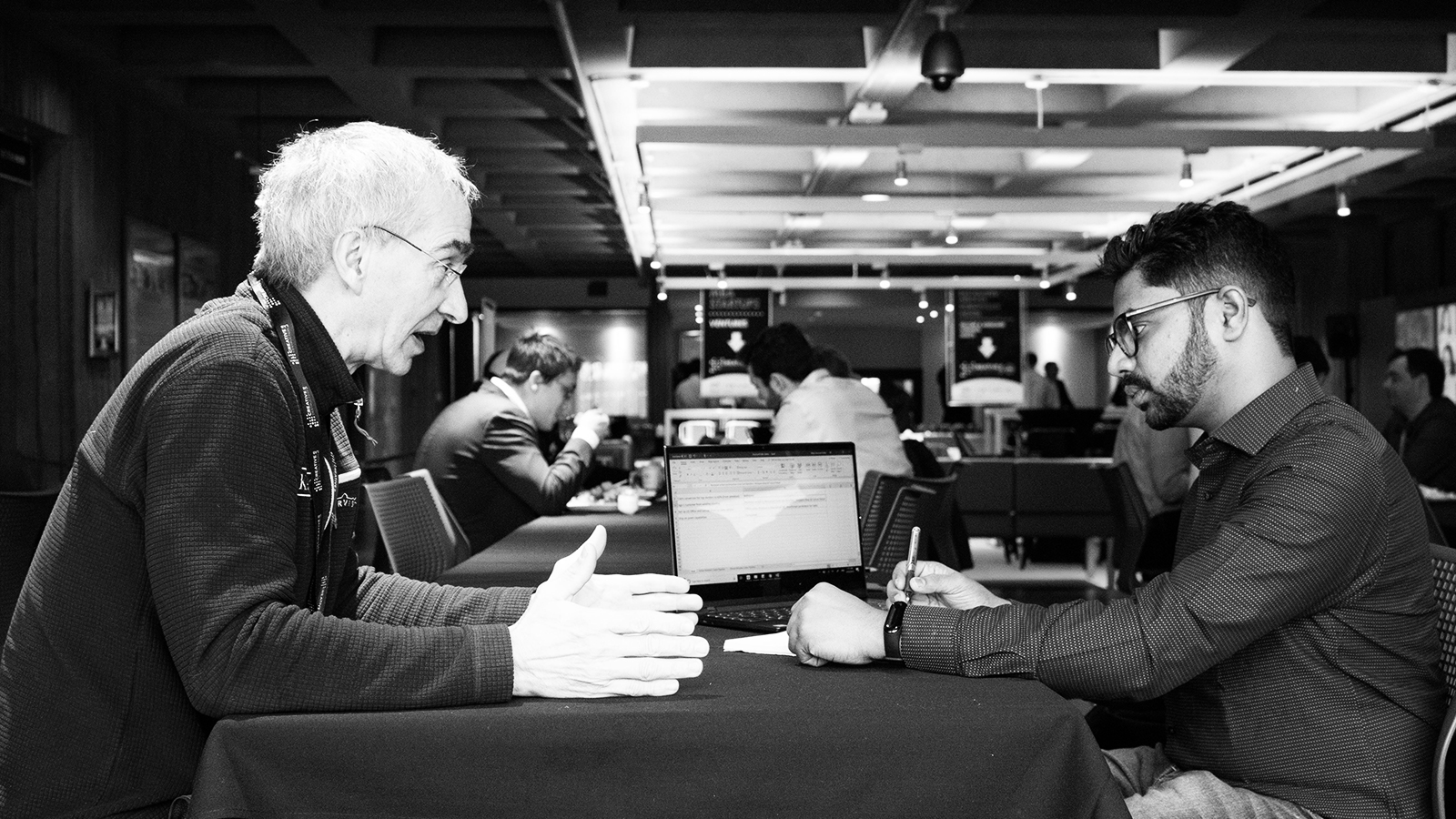 “The result of CDL’s mentorship has been a pristine, clear focus on what we need to be focusing on, which is actually bringing in a lot of business to the company,” says Subu Rao, the Bangalore-based co-founder of CDL alumni, Discover Dollar.